How do I keep my cat’s teeth clean and healthy?

Home » FAQs » How do I keep my cat’s teeth clean and healthy?

Plaque and Tartar Prevention in Cats

How do plaque and tartar form, and what do they do?

Plaque is a gummy substance that forms on the teeth within a few hours after a meal. Within 24 hours, plaque begins to harden by combining with salts that are present in the saliva. As the plaque continues to accumulate and mineralize, it eventually transforms into tartar. 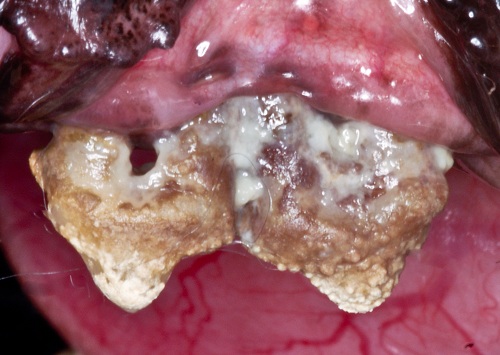 There are two ways that tartar harms the teeth and gums. First, tarter forms a rough surface so it serves as a place for bacteria to grow and multiply in the mouth. These bacteria can cause inflammation of the gums (gingivitis), which often results in bleeding. When gingivitis worsens, it leads to periodontal disease, which leads to further inflammation, pain and tooth loss. As tartar builds up along the gum line, it pushes the gums away from the roots of the teeth. As the gums recede, they expose the sensitive, enamel-free part of the tooth which causes pain. 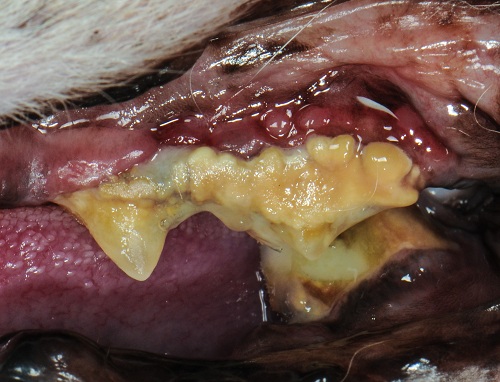 “As tartar builds up along the gum line,
it pushes the gums away from the roots
of the teeth. As the gums recede, they
expose the sensitive, enamel-free part
of the tooth which causes pain.”

Second, the bacteria on the tartar can be absorbed into the blood stream and deposited in various organs, including the heart and the kidneys, causing infection.

How can I prevent plaque and tartar formation on my cat’s teeth?

After your cat’s teeth have been professionally cleaned and polished by your veterinarian, home dental care is needed to help reduce plaque and tartar buildup. You can decrease plaque accumulation by:

“Brushing teeth (with a Q-tip) should be done at least twice weekly.” 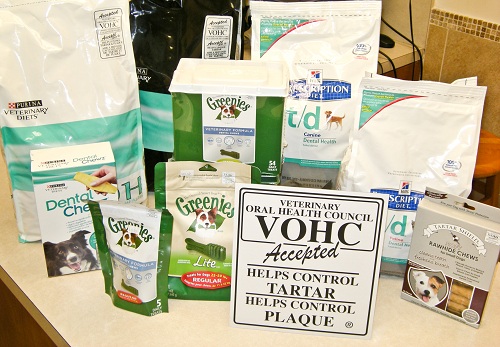 How do I know if the product I’m using to prevent tartar is actually working?

The Veterinary Oral Health Council (VOHC) only accepts dental products that are safe and proven to reduce the accumulation of plaque and tartar based on strict scientific studies. A list of accepted products can be viewed at www.VOHC.org

This client information sheet is based on material written by: Jan Bellows, DVM, Dipl. AVDC, ABVP

© Copyright 2014 LifeLearn Inc. Used and/or modified with permission under license.